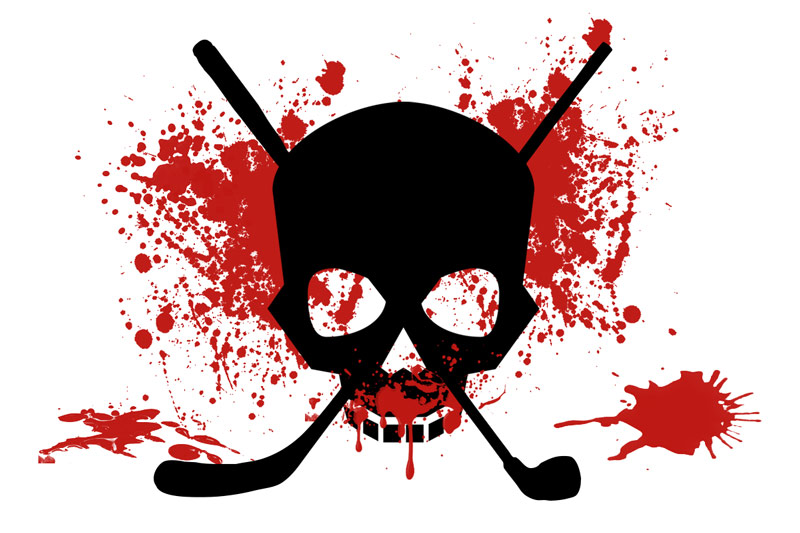 When I was eight years old I took a golf club to my mother’s face.  It was the sort of thing that really breaks up a good day. Horror has a way of serrating a fine smooth flow, which was unfortunate because I don’t remember there being many times my family had this.  I know there must have been more days like that day, in my childhood, where the sun played dodge with cumulonimbus clouds and dad took his bag of clubs out to practice putting on the lawn.  When packages came from great aunts and mom happily discussed what would be served with thawing steaks.  It’s funny how the instances prior shimmer as clearly as the white bathroom sink turned red.  How these significantly pleasant moments would have been lost forever in the dismal abyss of undocumented memory had it not been for the nightmare to follow.

The exact events are hazy.  I recall the glint of silver as sunlight shown off metallic.  My dad on the opposite fence line bending down to pick up a white globe.  I perceive the memory, but the image is convoluted by my age at the time and the natural regression of recollection.  Easter was closing in and it was a late Easter that year because the grass was already green.  Aunt Polly sent both my sister and I little stuffed bunnies.  I can still see the thick green turf, my sister beside me, our bunnies next to one another.  Tactile memory is truly lost when I made contact with her face.  All I remember is the sensation of agony.

There was a lot of blood.  So much I could barely stand to look, but I did anyway, long enough to complete my heartbreak.  It was the tooth that did it, cut the lip, slit it straight up past the gums. I’m not sure if mom was actually hysterical or if I identified her suffering with my own misery.  Mom had the faucet turned on and splashed water on her face while moaning. I focused on the blood streaming from her face as it diluted and swirled down the drain.

After swinging the golf club that hit my mother’s lip and split a tooth that broke apart and fell into the bloody bathroom sink, I remember begging her to call an ambulance, pleading with her to tell me the extent of the damage, screaming hysterically how sorry I was.  I thought I had killed her.  I thought she was dying a slow horrible death right before my eyes and it was all my fault.

My dad had come up behind me and pulled me from the gory bathroom scene and took me to the neighbors.  The tooth had to be repaired and was left with a brown streak through the middle that was only noticeable when mom smiled but her upper lip scarred, where it had been cut, leaving a hairline impression that still lingers to this day.  After awhile the stigmata became an exaltation of living through tribulation and less of a disgrace. Eventually, we were able to joke about how there was not any steak eaten that night.

Later, after it was determined mom would survive, dad asked, in his usual condescending vernacular, why my mother thought it was a good idea to go walking into a swinging club.  But chances are, being a kid, I made a sporadic grab for the bludgeon, swinging it out of reflex, without regard to who or what might be in the general vicinity.  I have a vague recollection of dad telling me not to swing seconds before I heard mom’s guttural shriek.

I can’t help feeling retribution is coming for me.  Only, instead of a golf club it is going to be a hockey stick.  I know that without gear,  my entire body, not just my face, is in serious peril.  My one gloved hand remains in tact, but the left has withstood its share of bruising.  There has been a few near misses lately, where I have felt wind graze the side of my ear as Buglet slices a puck into the back of his net.  I think about how many more near misses I will get before he draws blood, before I too am marked for life.  I continue to take my chances and encourage his love for the sport further by getting him on the ice every Saturday afternoon. After all, if Buglet is serious about being the next Shoenborn, he is going to need to learn to skate.

The first few lessons were rough.  The first being the hardest of all, beginning with me taking a wrong turn, resulting in a tour of Beaverton. I hoped by merely heading south I would eventually run into the Winterhawks Skating Center.  Of course this led to a series of turn arounds and back tracking.  At one point I seriously contemplated what would happen if I could not find the ice rink. This was a brief thought, however, because after all Beaverton is a small town.  How hard could it be to find a massive rink?

We do make it to the rink with nine minutes to spare. Thankfully Buglet slept through getting “lost” and the slew of swear words that accompanied this minor set-back.  He woke up groggy and unconvinced he would be willing to go out on the ice without me. When we enter we have a long line to push through in order to get to the front where I retrieved Buglet’s name tag before getting him into his skates.  We are then ushered to a circle (or should I say mash of little people bodies) where a cluster of 20 or more kids are formed around an instructor. Parents stand in an outer ring while she leads the kids in some off ice preliminary maneuvers. They stomp their bladed feet, fall down and get back up again, all the while, I see fingers getting severed by the half dozen.  I don’t say anything.  My kid has hockey gloves on.  He’s protected.  It’s every wee one for himself.

Soon after one child sustains some sort of minor injury, we follow the herd of bodies towards the ice, where several other young women in matching jackets and big smiles await our arrival. Buglet is picked up and put on the ice.  I watch as his legs slowly begin to slide out from underneath him as the ice multiplies with other stranded youngsters.  Thankfully Buglet cannot see me watch him behind the plexi glass, otherwise the misery that clearly shrouded his face would overwhelm him to the point of breakdown.  Eventually, the inevitable happens, Buglet falls but instead of trying to get up he just sits there until one of the instructors puts him back on his blades again.  The mob is then instructed to stomp along the ice, bend down to touch their knees, fall and get up.  Buglet refuses to move forward.

I head down towards the ice and flag down an instructor.  I tactfully, if not a little irritably, explain that my child is going to need a little help.  He’s feeling a bit swamped.  Thankfully, the one on one manages to get Buglet stepping, but by the time the kids break off into small groups he is ready to get off the ice.  I lace up my own skates and take complete control.

Buglet and I had fun clomping around the ice and touching our knees.  I managed to get him all the way to the other end of the rink by pointing out the Zamboni  parked and waiting to refresh the ice.  Near the Zamboni there are mini nets stacked and we took a moment to contemplate their existence.  In the end, the experience was a success, but I had to stretch Buglet’s comfort zone.  I had to make him believe he could conquer the ice.  And he has.  Lesson five he had a break through and now he skates on his own, gliding and falling, mimicking the hockey players he loves so much.  Now, when I join him on the ice after his lesson he pushes me backwards or lets go of my hand to show me his moves.  I can see now that it wont be long until carpet hockey is a distant memory.  I only hope I can avoid the emergency room in the mean time.